SOLD OUT
SAVE TO WISHLIST
ENQUIRIES

Discover the colourful and quirky stories that make Adelaide so unique as you venture over the roofline and sit on the world-first stadium rooftop seats, 50metres over the hallowed turf. Test your nerve with a lean-out or just be in the moment and watch as the sunlight dances across the city skyline.

Specially trained RoofClimb Leaders will guide you across the rooftop of the iconic Oval's Western Stand before navigating to the Riverbank platform, perched 50 metres over the hallowed turf. Sit in the world's first rooftop stadium seats and learn the secrets and stories that shaped Adelaide's rich history. 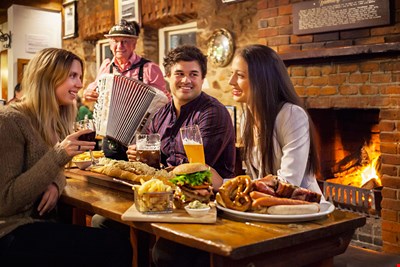