From AUD
$39.00
SAVE TO WISHLIST
ENQUIRIES

On a cruise, enjoy the world's largest outdoor art-gallery at a gentle pace from the comfort of your own seat. Sydney's famous foreshore landmarks are best viewed from the water. Experience the full canvas of the massive shoreside projections from Fort Denison, Circular Quay, The Rocks, Walsh Bay and Darling Harbour.

Just when you thought a Sydney Harbour Cruise couldn't get any better, VIVID returns for yet another year of spectacular light, art and music displays.

Explore the waterside wonder of this annual festival, cruise to the official VIVID Sydney playlist, and watch in awe as magical projections illuminate the Sydney Harbour Bridge and Sydney Opera House.

To ensure you can make the most out of your evening, VIVID Sydney Harbour Cruises depart from Darling Harbour and Circular Quay nightly. Over the course of one hour it will take you on a journey showing off the foreshore installations from the perspective of friendly crew, who are lucky enough to live and breathe Sydney Harbour every day.

With this winter wonderland set to take place in May and June, VIVID Sydney is sure to light up the main precincts of Circular Quay, Darling Harbour and Barangaroo and the Sydney Skyline bigger and better than the years before. 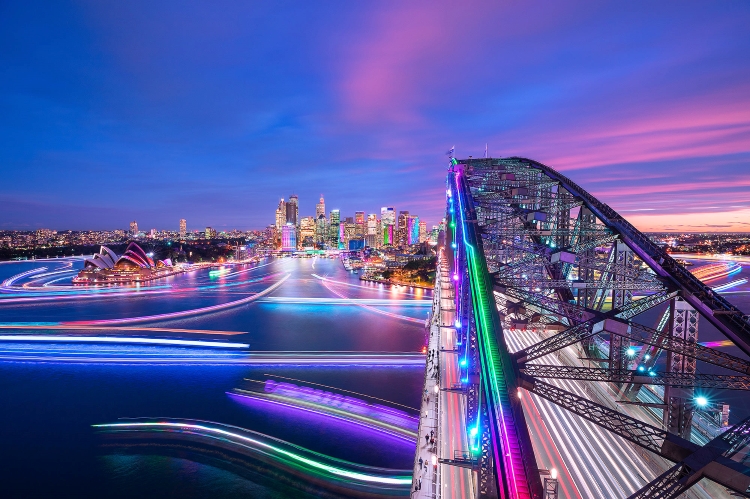 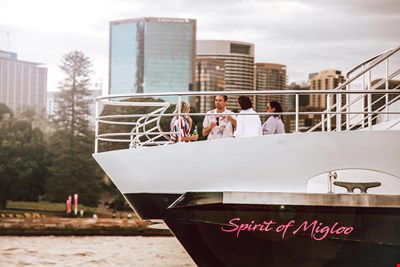