From AUD
$89.00
SAVE TO WISHLIST
ENQUIRIES

Whale watching at its very best. Cruise aboard a great vessel with full commentary and whale guarantee - see a whale or cruise again for free. Sydney's coastline is a playground for Humpbacks between May and October. Their antics include breaches, tail slapping and even a close-up wink when they are feeling extra curious. You may also see Southern Rights, Orcas and Minke whales, playful dolphins, seals, fairy penguins, albatross and more.

Humpback Whale sightings have continued to increase over the last decade. In June and July these majestic marine mammals migrate north for breeding before returning south with their calves from September to November. Southern Right Whales do not migrate, instead moving along the coast finding protected shelters for their young. Occasionally a mother and calf make Sydney Harbour their home for a short while and thousands of locals come out to wish them well.

Spotters on the land help to direct our certified whale watching cruises and also assist whale researchers by recording sightings and ensuring approach distances are strictly adhered to. Very rarely a whale is not spotted during the cruise. In this case your Whale Guarantee entitles you to another free cruise during the same season on a standby basis.

In addition to Humpbacks and Southern Right Whales, other species you may see include:

Whales are highly social and intelligent mammals that have graced our oceans for our fifty million years. They breath air, give birth to live young and suckle their calves through mammary glands. Their streamlined bodies are insulated from the cold by thick layers of blubber. The largest species of whales were hunted almost to extinction and have survived only thanks to conservation and protection efforts. There are 86 recognised whale species. The largest animal on earth is the gigantic blue whale.

Whales can travel immense distances to meet their food, mating and calving needs. Many make annual migrations from cold to warm climates for calving.

The Whales close cousin, the dolphin is second only to humans in intelligence. The degree of intelligence of whales and porpoises is still to be determined however, their sophisticated behaviour and ability to learn suggest they have a capacity for complex thinking.

To the delight of passengers, whales and dolphins often approach the vessel. In these situations we are required to slow down gradually, stop and wait until the animal moves beyond the approach zone. Its the moments in between that make the cruise truly special.

Open water cruise through the entrance of Sydney Harbour aboard an ocean catamaran with open-air & all-weather lounge viewing. 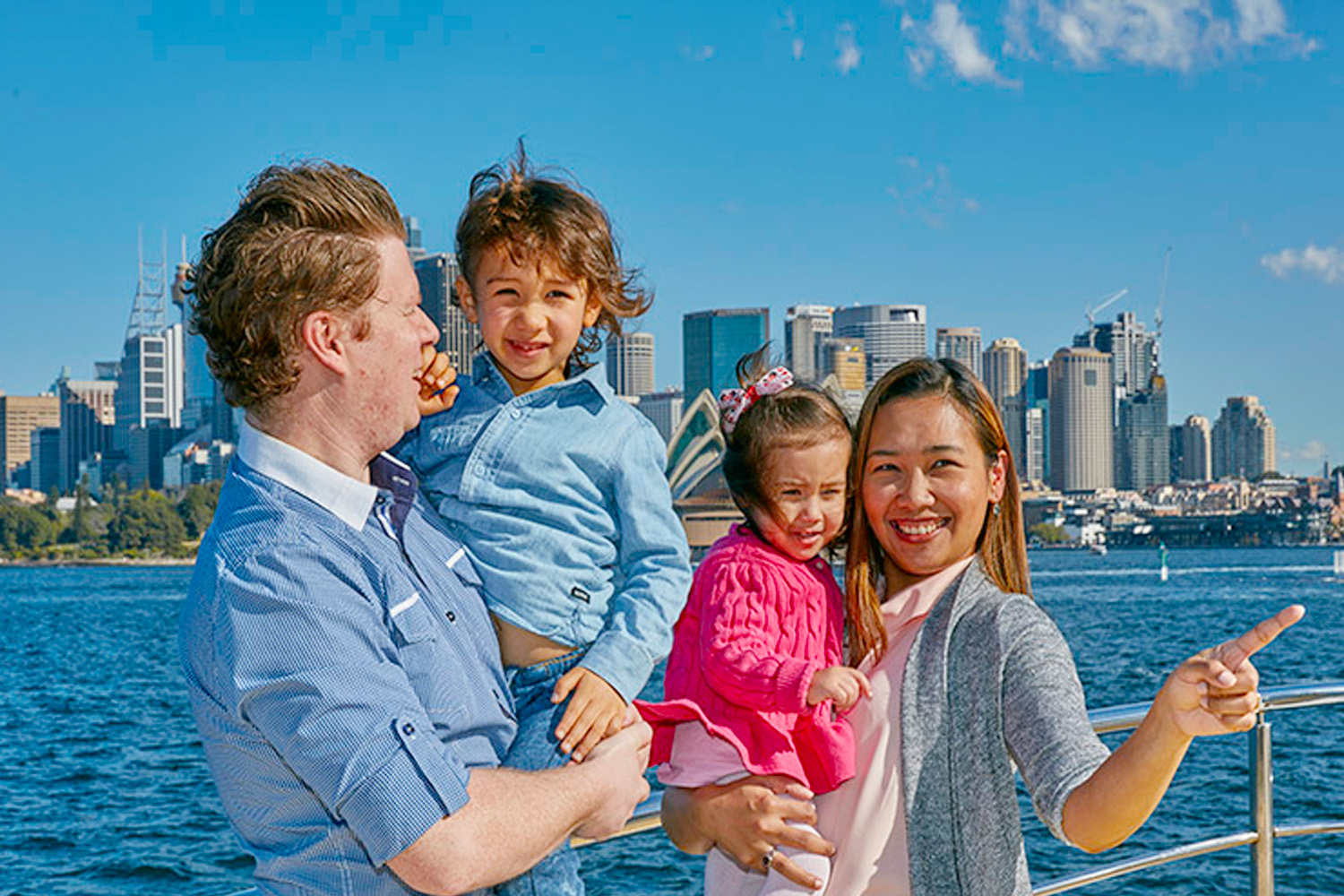 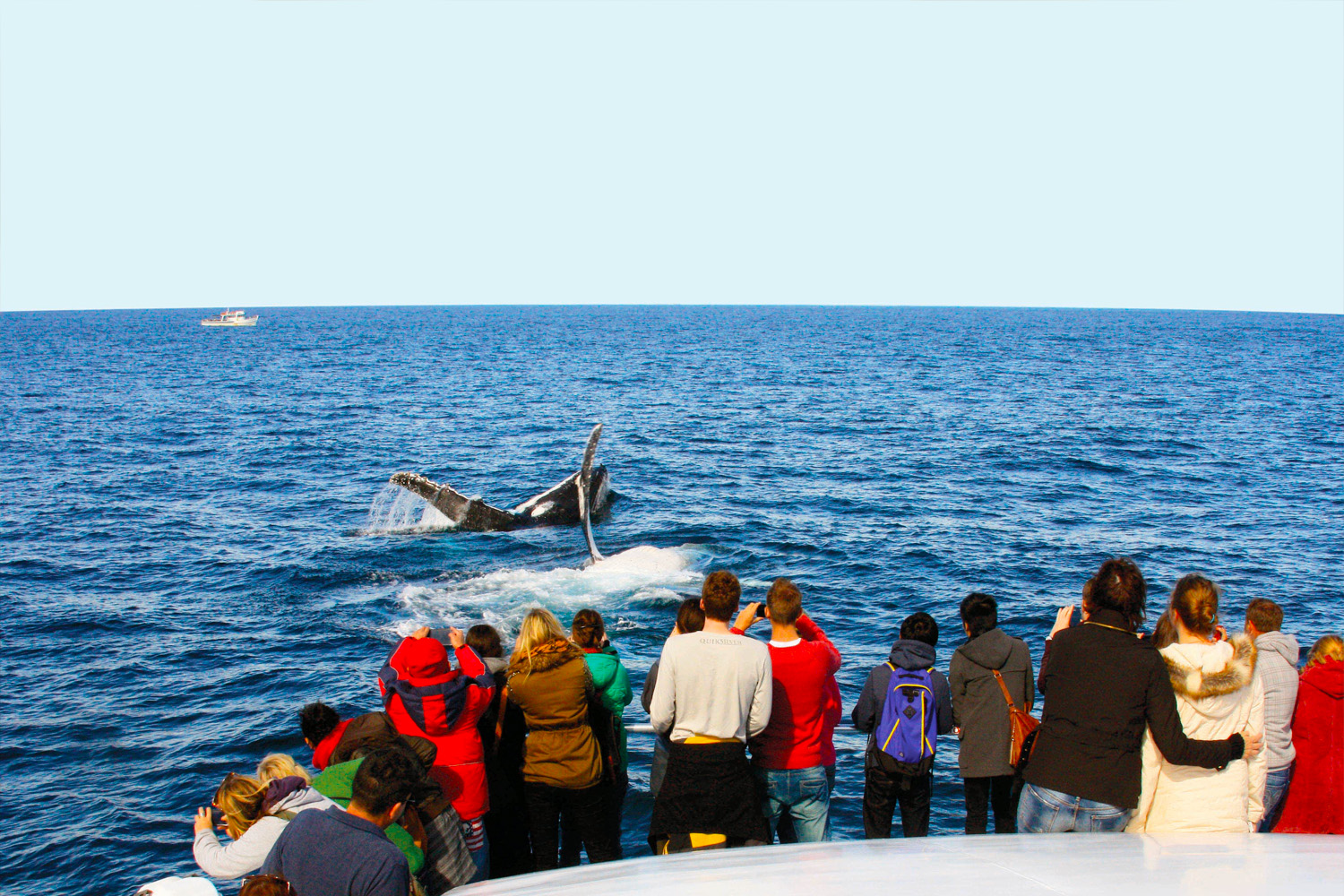 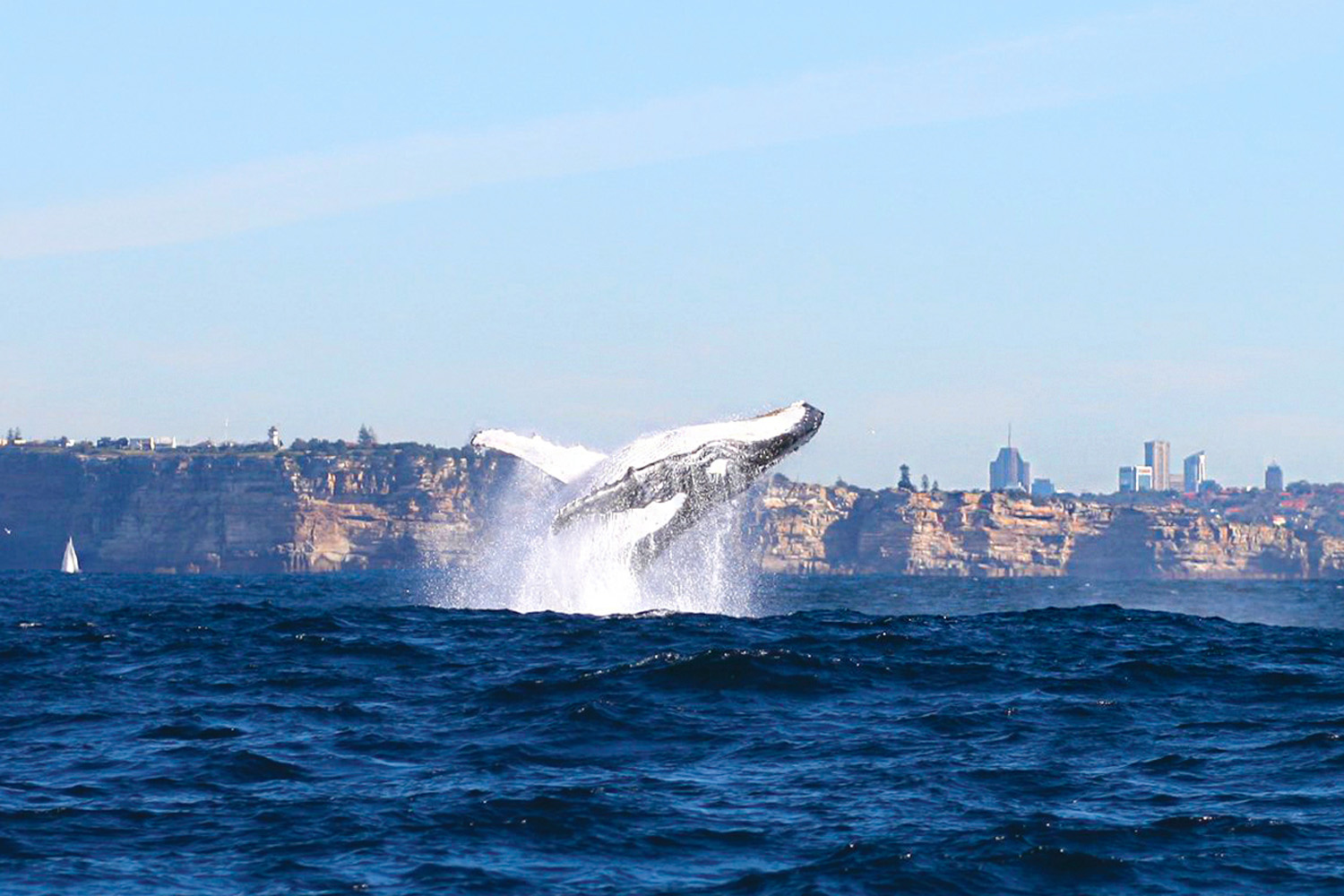 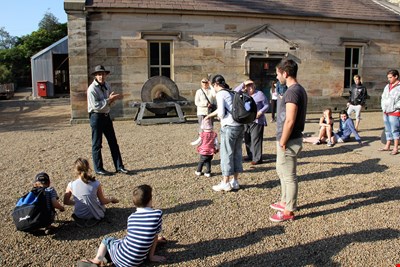