Travel in the comfort of your coach around the base of Uluru with your Driver Guide who will provide details on its incredible history. You’ll be fascinated by the Aboriginal stories that go back many thousands of years. Learn the significance of ancient Aboriginal rock art, about the area’s flora and fauna, and culture of its traditional owners, the Anangu. Your day concludes with a spectacular sunset at Uluru.

Known by Aborigines as Uluru, Ayers Rock is a place of great cultural and spiritual significance. It is not a rock but a huge bed of arkose sandstone, deposited on the floor of an inland sea some 600 million years ago. It is properly described as a monolith and is a world famous rock formation. Uluru was first sighted in 1872 and was given its English name after the then Governor of South Australia, Sir Henry Ayers.

Uluru - Kata Tjuta National Park is home to the world-famous Uluru (Ayers Rock), the red heart of Australia and one of the world's most iconic natural landmarks. The monolith stands at a towering 348 metres tall and has a circumference of over 9 kilometres, with the bulk of its mass lying underground. Known for the dramatic changing of colour as the sun rises and sets,the perfect place to capture the mesmerising landscape is from the Talinguṟu Nyakunytjaku viewing area. Offering uninterrupted 360° views here you can witness the magnificent glow of the sun bring the surrounding desert landscape to life.

Things To Know About Uluru

Before you book the trip of a lifetime, there are a few things you should know in order to enhance your experience. 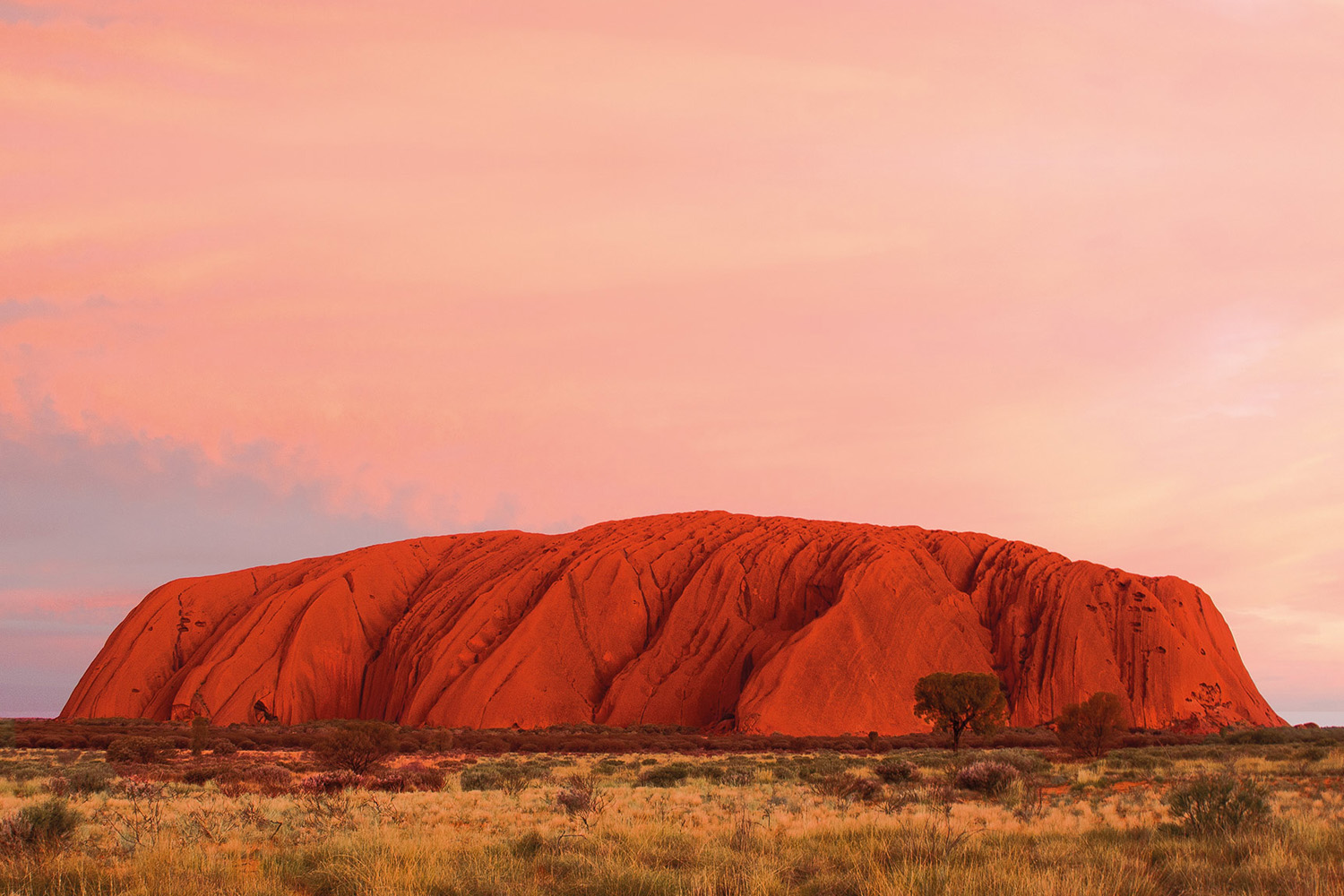 The natural beauty and rich culture of Uluru will be revealed as you explore the base by foot on the famed base walk, home to waterholes, unique desert flora, caves and ancient rock paintings. 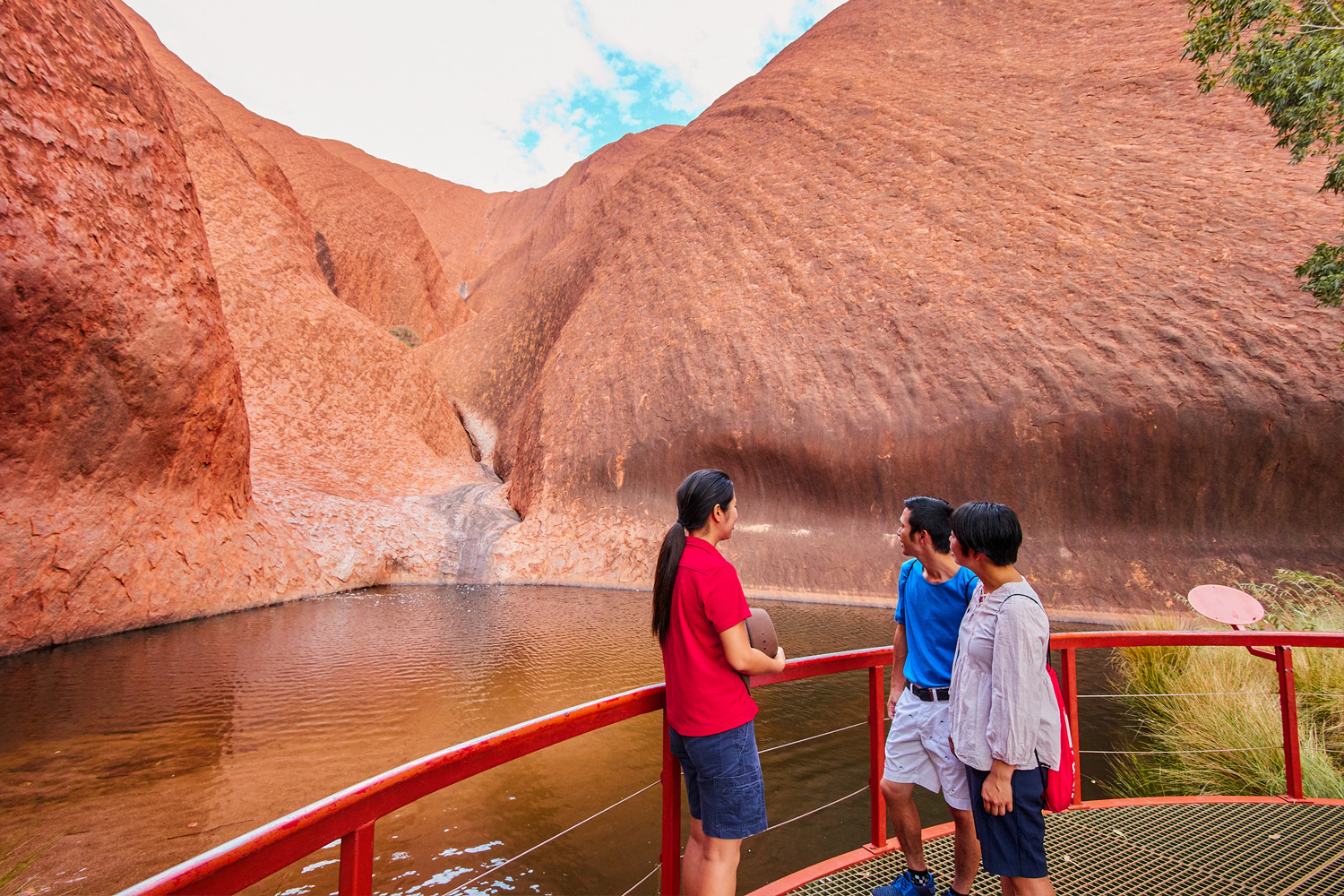 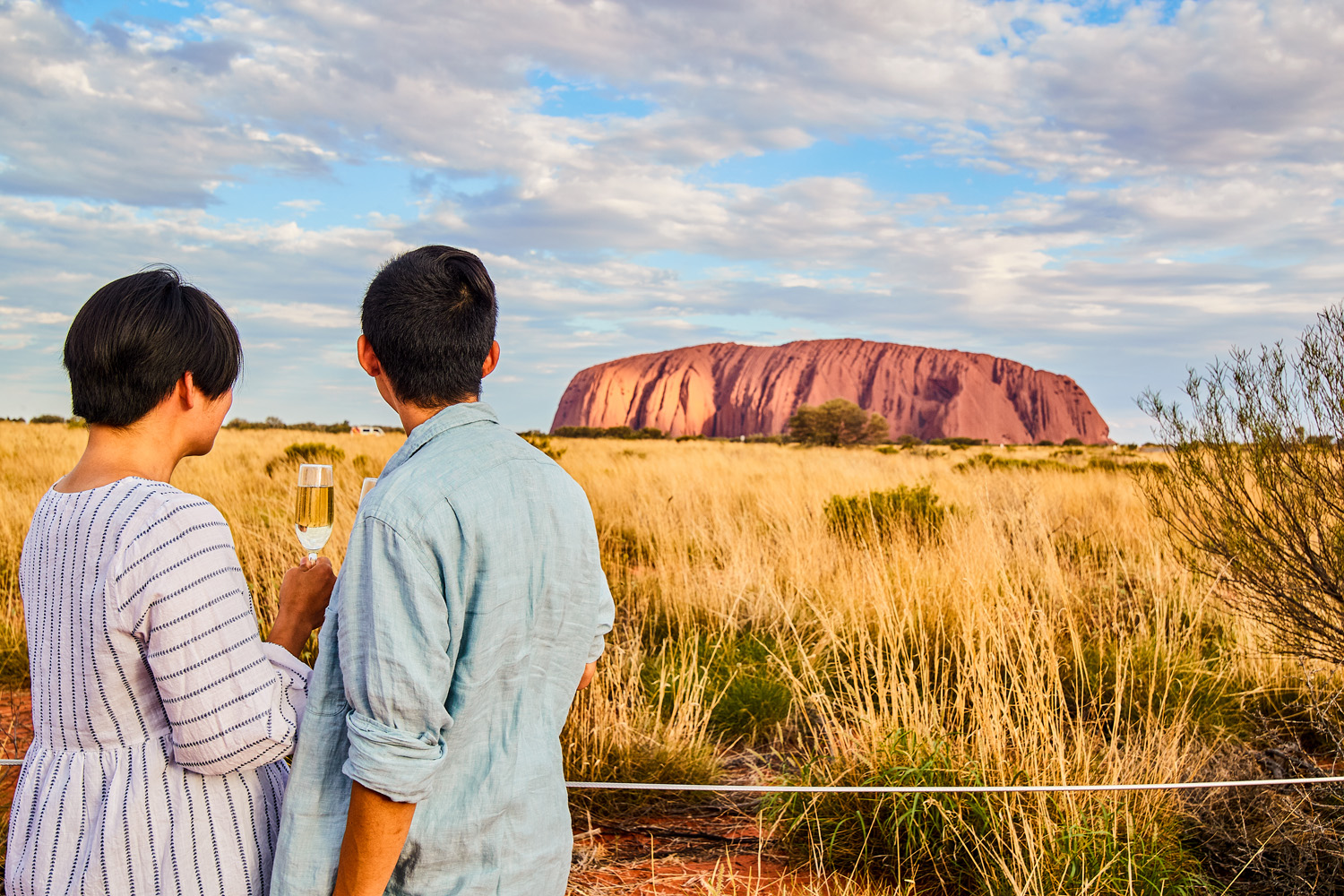 How many other people will I be travelling with?

Day Tours will be a maximum of 58 guests.

Can I join or leave a tour part way through?

Yes, you are free to join and leave the tour as you like. However we request that you advise us at the time of booking or let your Travel Director or Driver Guide know if you plan on doing so, and any transport required from your departure location is wholly your responsibility.  Please note: we cannot provide refunds for unused portions of your tour.

Will I have time on my own?

Yes, we pride ourselves on offering the perfect mix of sightseeing and free time. While many amazing must-see experiences are included, there is also time to shop, explore, relax in a local café or take a walk.

How often do we stop?

On travelling days you will stop every 2 to 3 hours either at a rest stop where you will have access to food and facilities or for sightseeing, activities or free time.

Can I stay on the coach when we stop if I am feeling tired?

For security reasons the coach must be empty and locked at every stop.  Please see your Travel Director or Driver Guide if any assistance is required to locate a rest spot.

Do I need to tip my Travel Director or Driver Guide?

While it’s not compulsory in Australia, tipping is becoming an increasingly accepted practice in all areas of the service industry, but particularly in restaurants, bars and taxis.  Please feel free to tip your Travel Director or Driver Guide if you would like to.